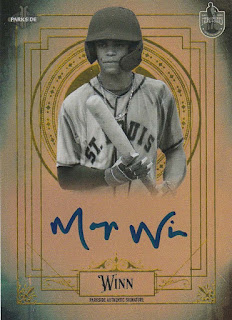 Maysin Winn - drafted by the St Louis Cardinals
2020 Parkside Negro Leagues Centennial Draft Class baseball cards
In a collaborative effort, Parkside, the Negro Leagues Baseball Museum, a set of 15 cards featuring African-American ballplayers selected in the 2020 MLB Draft. The players are shown in the uniform of their Negro League Affiliate
The set is limited to 1,500 totals sets, with 15 cards per box (complete set) and one on-card autograph
Parallels are randomly inserted into the sets: Silver (75 copies) Ruby (40 copies given to players, not part of general distribution) Blue (25 copies) Purple (1 copy) 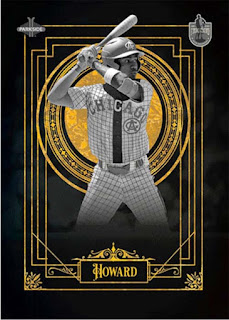 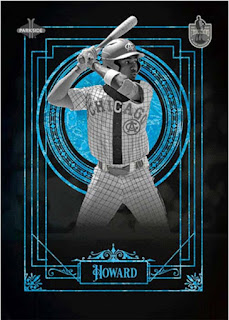 Posted by RRobinson at 7:31 PM

RRobinson
I have been a collector as far back as I can remember. Stamps, covers, autographs, baseball cards, comic books, coins, political buttons, sports memorabilia, space stamps and covers, and the list goes on. This blog was set up to be able to share a small part of my collection with anyone who shares the interest.